Help me, it’s like the walls are caving in
Sometimes I feel like giving up
But I just can’t
It isn’t in my blood”

It was all my mom’s teary voice could get out, but it was enough to put a rock in the pit of my stomach. “What is it?” I asked shakily, knowing my 6-month old niece Maddy had undergone extra tests at her routine check-up.

“They found a mass in her stomach…” My mom choked back more tears. “They’re going to the hospital to get some more tests run, but it’s likely cancer.”

When I walk into to the lobby of the healthcare system I’m currently working with, I often look at that spot in front of the elevators. The exact spot I was, coming back from lunch on July 10th, when my mom called and gave me that news. If you asked me to, I think I could pick the exact tile on the floor even, where I was when I heard my family’s world would change forever.

As the month of July this year draws closer, my family and I have discussed what we want to do for it. At first, it was about celebration — what seems likely to be the six-month anniversary of Maddy being declared in remission. But about a month ago my sister put the brakes on those plans. She had too much PTSD to celebrate that day. And as I thought about it more, I couldn’t help but realize I did too.

If you know me, or if you’ve read anything I’ve ever written — blog posts, books — you know I put a lot of emphasis on recognizing dates. The fact that I have a nearly photographic memory sure helps, but I enjoy marking them. I want to celebrate the good times, I want to acknowledge how far I’ve come since certain bad times. But this one… this roller coaster of a year, I’m still not ready to come to terms with yet.

July 10th happens to have also been my first full day at a new job, one I’d taken in an effort to challenge myself. I wanted something that inspired me again, motivated me to grow. One of the best parts of that new job was getting to work for two executives who I respected immensely and looked forward to learning from over the next two years.

Within a few minutes of my mom’s phone call, I ambled into one of their offices. Generally a rational person in emergency situations, I’d talked with my mom and decided against immediately booking a return flight home — there was truly nothing I could do as we waited. But given what was coming, I thought giving her a heads up would be the right thing.

The 40-something woman looked up from the salad she was eating at her desk. “Hey there…everything okay?”

Not at all. “Uh, I know I just started today but… I might have to go home this week.”

I remember her being very reassuring. I remember the former nurse telling me “You know, there’s a good chance it’s not that. It’s a doctor’s job to overreact.” And I remember coming back for our 1-1 the next morning, my sister having texted me the final results at 6am, and telling her “it definitely is that.”

I remember the official project kick-off two months later. I’d been in my new rental place for two weeks, having found the travel back and forth to Wisconsin every week to be too much. Of course being in California while my sister and the rest of my family were with my niece triggered immense guilt and feelings of helplessness. But I couldn’t really think of a better way for the moment; there was no way to stay on top of the project while home, especially with flight delays and cancellations occurring every week. And I didn’t think giving up on the project really benefitted anyone — Giving up wasn’t what I did in tough situations — so here I was.

During his opening remarks, one of the project team members asked our Senior Vice President,  “what will success look like to you at the end of the project?”

“Well,” he chuckled, “I hope everyone is still alive at the end of it!”

“Me too,” I mouthed silently. My tears nearly caused me to get up and leave the room.

A couple weeks later, Maddy underwent surgery to remove the tumor. Again, with so many of our family members back in the Midwest, I decided I didn’t need to take off work, but would instead fly home a week later when I could actually spend more time with Maddy and the rest of my family. It was a 10-hour procedure, most of it during my workday. In a meeting around 3pm, a team member pushed me for answers to a question I didn’t have. I got frustrated, visibly, and reacted less professionally than I would’ve liked.

A couple weeks later my boss brought up that reaction to me — she’d heard about it from a few others. I apologized immediately and said I knew it had been inappropriate.

I also started crying in her office.

Because all I could remember from that day was how absolutely terrified I’d been. I’d cried the whole way home from work — not because I’d heard anything bad yet, but because I just hadn’t heard anything at all and the only thig my mind could do was imagine the worst. I’d sat around for 6 more hours at home, staring at my phone, until we finally found out at 11pm that the surgeon had successfully removed the tumor.

In early December, I got some more feedback, this time about style. I was being too forceful in meetings, not letting things go. I was coming off as agitated, and not listening enough. Once again, the feedback made perfect sense to me. I could think of recent examples even before they were brought up to me.

Once again, I was reduced to tears. Because I knew why I’d been so high strung. I knew why I’d felt at times that putting everything into the project would somehow make all the other terribleness in my life better.

I spent a lot of time soul-searching that weekend. I wondered if this was the right place and project for me, if I should stay, if I could handle both. And I decided I still wasn’t ready to give up yet. It just wasn’t in me to do so.

I thought to myself then, that one of the qualities in my boss I’d admired most and wanted to emulate was her calm demeanor. And yet on my very first day of that job — July 10th — I’d forgotten all about it.

Quite simply, I’d been in survival mode.

I can honestly say that juggling what my family is going through, and my job has been the hardest thing I’ve ever done. And I’ve done a lot of things I consider pretty hard. I’ve dealt with an extreme alcoholic father growing up, one who left us wondering for months at a time if he was even alive. I’ve gone 1000 miles away to college, where I didn’t know a soul. I’ve stayed at a company where the average burnout happens at 2 years, for 6, and led one of their toughest clients. I’ve completely started over, with no safety net, and gone back to school to get my graduate degree in a completely new field. And I’ve lost my father, one who came back from that alcoholism to form the closest relationship in my life for 3 years, suddenly, without warning. If you would’ve asked me last year what the worst thing could happen in taking this job would be, my answer couldn’t have come close to this. And surely it would’ve been project related.

My feedback since November has been overwhelmingly positive, remarking on how much of a change people have seen, and the success of our first of major project milestones was largely credited to me.

I’ve found some ways to cope too. I lead a weekly leadership meeting and on the agenda for each one, I put a new picture of Maddy. It started when she was going through her chemo and surgery — in some ways a reminder to everyone in the room to cut me some slack. Now, I consider it a reminder to me, to remember all that matters.

Indeed, there have been many days in the time since where I’ve gotten away from that “survival mode.” And yet I still find myself as stressed as I’ve ever been. I’m still caught between two worlds — Maddy is in remission, but her monthly scans bring a paralyzing fear that makes me unable to do or think about anything else. Wanting to just be home with my family, wanting not to have to think about the stress of work, but knowing that really there’s nothing I can do to make everything okay.

I don’t have the answers yet. And for one of the first times in my life, I’m really not sure I have lessons, which is why I can’t find any reason to mark July 10th positively. All I know right now is that the song that is the title of this blog post continues to emulate me. It’s not in my blood to give up. It’s not in my family’s blood to give up. For better or worse, it is in my blood to continue to push forward, to continue to learn lessons, and to somehow, at the end of another year when this project is over (with God-willing, everyone still alive), to find meaning in the journey. 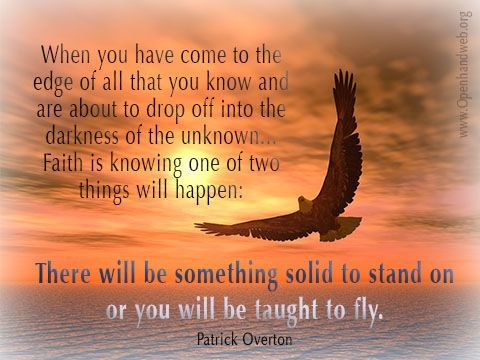